Striving for excellence in our community. 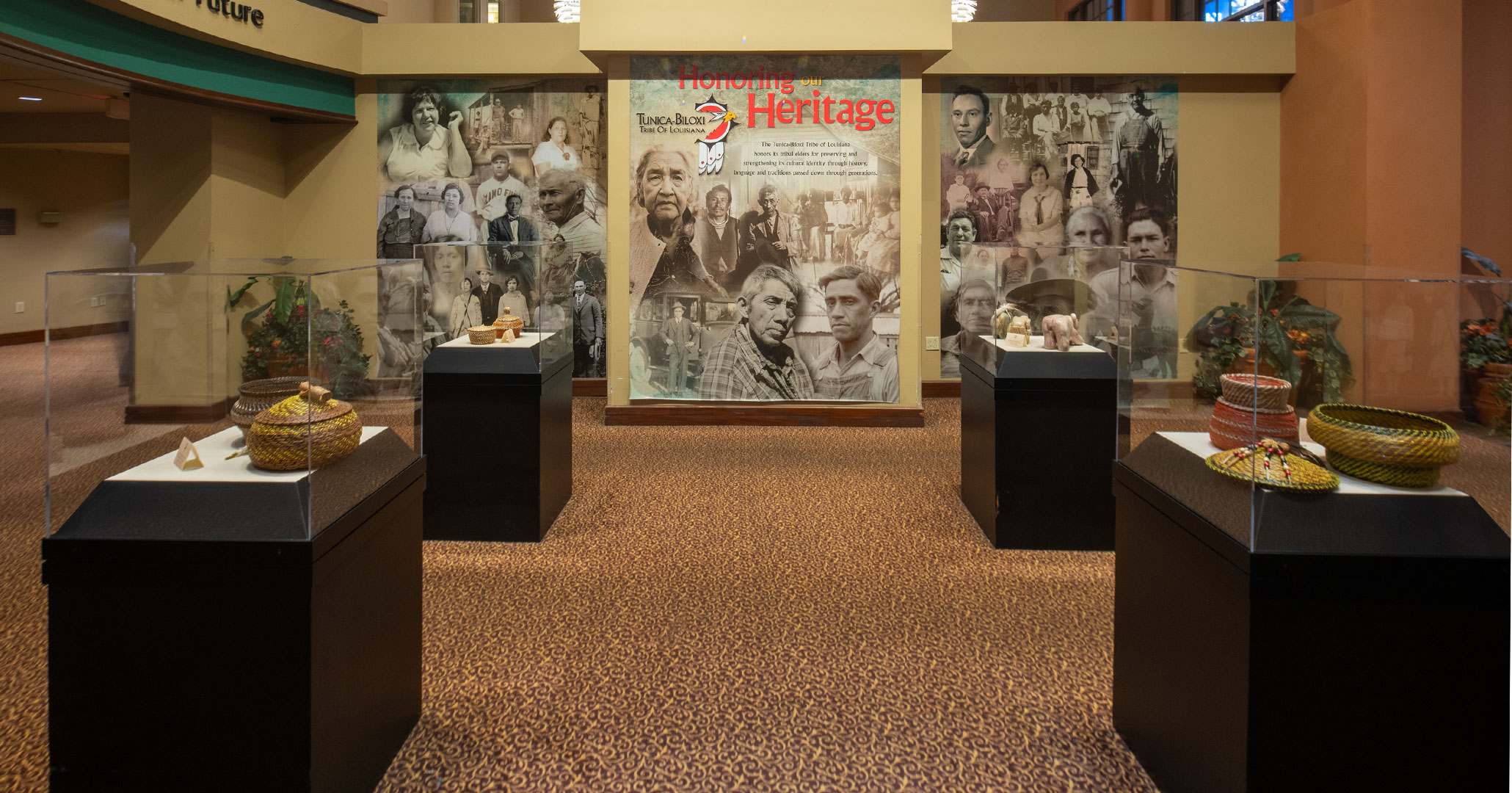 The Tunica-Biloxi Tribe's strong leadership and entrepreneurial spirit yielded the first land-based casino in the state of Louisiana and the largest employer in Avoyelles Parish.

About the Tunica-Biloxi Tribe

A vision of Chairman Earl J. Barbry, Sr. was to see the Tunica-Biloxi Tribe become self-sufficient. His dream became reality when, in 1991, negotiations began for the approval and construction of Louisiana’s first land-based casino. Working under a compact with the state of Louisiana and having signed a management and construction agreement with Grand Casinos of Minnesota, Paragon Casino Resort (formerly Grand Casino Avoyelles) opened its doors to the public in June of 1994.

Since the casino’s opening, unemployment in Avoyelles Parish has steadily declined. The casino employs over 1,780 employees and offers training and educational opportunities that enable them to advance their careers and improve their quality of life.

The Tunica-Biloxi Tribe maintains a cooperative relationship with the community and looks for ways to strengthen those ties. Since 1994, they have donated a considerable amount of money to various nonprofit organizations on the local, regional and national level. In addition to monetary contributions, many associates at Paragon Casino Resort have volunteered their time and talents to local community organizations.

Marksville’s transformation into a resort destination will continue as the Tribe dedicates itself to developing amenities in Avoyelles Parish. “Cherishing our past, building for our future” is the motto of Chairman Barbry, as well as the Tunica-Biloxi Tribe of Louisiana.

The Tunica and Biloxi Indians have lived on their reservation near Marksville for over two centuries, during which the tribes, though speaking completely different languages, intermarried. The Tunica exercised influence over a wide territory, encompassing present-day Arkansas, Oklahoma, Missouri, Tennessee, Louisiana, Alabama and even Florida. They were traders and entrepreneurs of the first order. Under severe pressure from European diseases, famine and warfare, the Tunica steadily moved southward, following the Mississippi River.

The Biloxi were a tribe on the Mississippi Gulf Coast at present-day Biloxi, Mississippi. They were the first people encountered by French colonizers Jean-Baptiste Le Moyne de Bienville and Pierre Le Moyne d’Iberville in 1669. The Biloxi, like the Tunica, formed a strong alliance with the French, which for a while brought them important economic and political benefits. Later, after the French were expelled, they allied themselves with the Spanish, rulers of Florida.

The full motto on the Tunica-Biloxi flag, “Cherishing Our Past, Building For Our Future,” both summarizes four-and-a-half centuries of tribal history and highlights the tribes’ lasting contributions to a keystone Native American belief: the reverence and preservation of ancestral remains.

For more information on the Tunica-Biloxi Tribe, visit TunicaBiloxi.org.